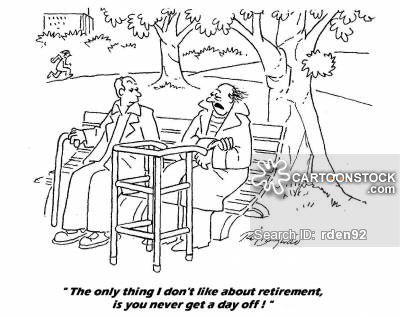 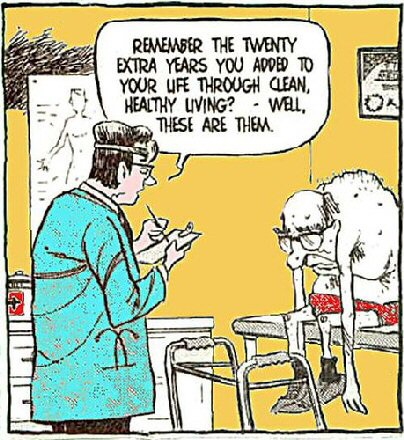 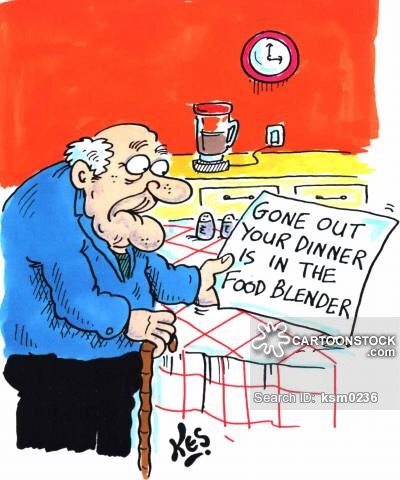 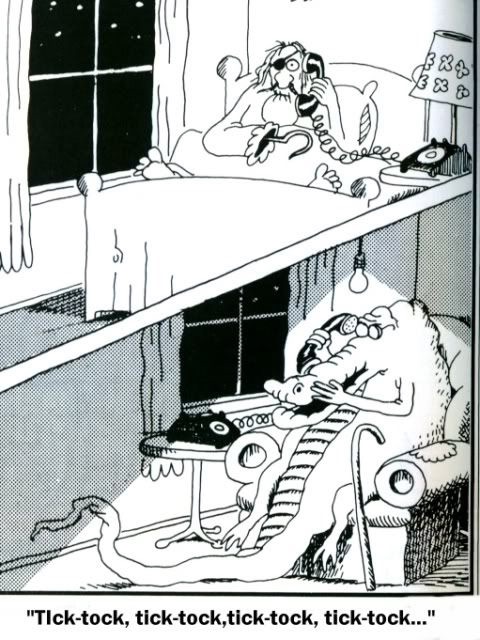 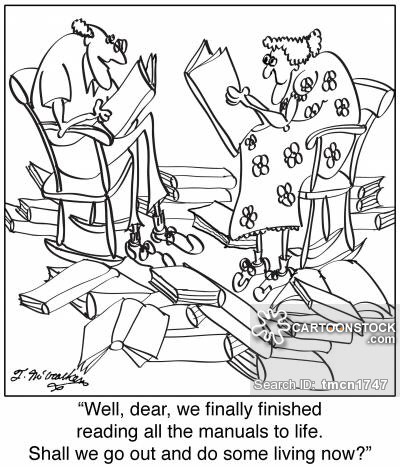 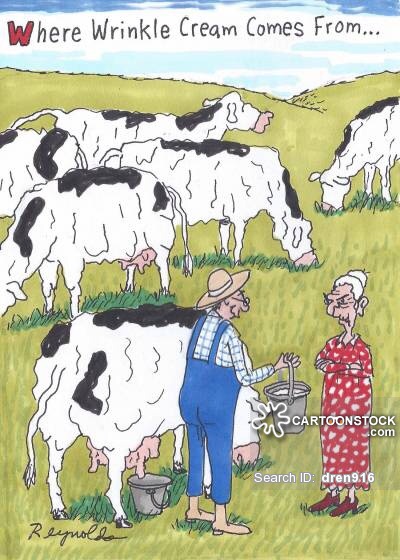 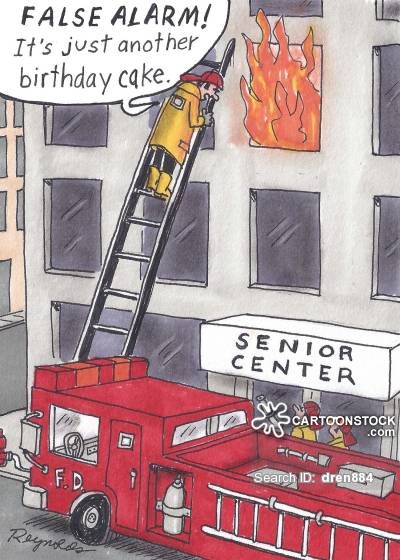 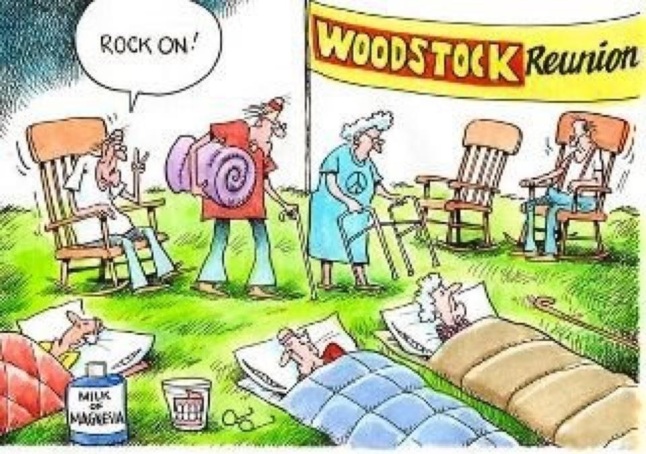 Two senior ladies met for the first time since graduating from high school. One asked the other, “You were always so organized in school, did you manage to live a well planned life?”

Her friend asked, “What do those marriages have to do with a well planned life?”
“One for the money, two for the show. three to get ready and four to go.”
#9

A retired gentleman went to apply for Social Security.

After waiting in line for hours, he finally arrived at the counter. The woman behind the counter asked for his identification to verify his age and, after looking in his pockets, he realized that he’d left his wallet at home. “Will I have to go home and get it?” he asked.

The woman said “Unbutton your shirt.”

He opened his shirt revealing lots of curly silver hair.”That silver hair on your chest is proof enough for me,” she said and processed his Social Security application.

When he got home, the man told his wife about his experience at the Social Security office, and she said “You should have dropped your pants — you might have qualified for disability, too.”
#8

“It’s the only way I can be sure my daughters will visit me twice a week.”
#7

An old woman was walking along the street when she heard a voice telling her …”YOU WILL LIVE TO BE OVER 100.” She looked around, but no one else seemed to have heard the voice. Then she heard it again, “YOU WILL LIVE TO BE OVER 100.” Again she looked around, and again, no one else seemed to have heard anything. Convinced it was The Lord speaking to her, and figuring since the Lord had told her she would live to be 100 she’d better do something to make herself look better, she made an appointment with a plastic surgeon, and scheduled a face lift, a tummy tuck, liposuction, breast implants, and a nose job.

After healing from all the operations and looking years younger, she decided to go shopping. While crossing the street, she was hit by a bus and killed instantly. When she got to heaven, she asked the Lord, “Why did I die? You told me I was going to live to be more than 100?” God looked at her and replied … “Oh, I’m sorry; I didn’t recognize you.”
#6

An old man decided his old wife was getting hard of hearing.

So he called her doctor to make an appointment to have her hearing checked. The Doctor said he could see her in two weeks, and meanwhile there’s a simple, informal test the husband could do to give the doctor some idea of the dimensions of the problem.”Here’s what you do. Start about 40 feet away from her, and speak in
a normal conversational tone and see if she hears you. If not, go to 30 feet, then 20 feet, and so on until you get a response.”

So that evening she’s in the kitchen cooking dinner, and he’s in the living room, and he says to himself,”I’m about 40 feet away, let’s see what happens.”

So he moves to the other end of the room, about 30 feet away.

So he moves into the dining room, about 20 feet away.

On to the kitchen door, only 10 feet away.

“Honey, what’s for supper?”. No response.

So he walks right up behind her.

An elderly couple was on a cruise and it was really stormy. They were standing on the back of the boat watching the moon, when a wave came up and washed the old man overboard. They searched for days and couldn’t find him, so the Captain sent the old woman back to shore, with the promise that he would notify her as soon as they found something.

Three weeks went by and finally, the old woman got a fax from the boat. It read: Ma’am, sorry to inform you that we found your husband dead, at the bottom of the ocean. We hauled him up to the deck, and attached to his butt was an oyster, and inside it was a pearl worth $50,000 …. please advise.

The old woman faxed back: Send me the pearl and re-bait the trap.
#4

What is the best thing about being senile?

You can hide your own Easter eggs.
#3

A senior citizen was driving home on the freeway when his cellphone rang. Answering, he heard his wife’s voice urgently warning him, “Herman, I just heard on the news that there’s a car going the wrong way on 280. Please be careful!”

How do you know when you’re getting older?

Everything hurts and what doesn’t hurt, doesn’t work.
Getting lucky means you find your car in the parking lot.
The gleam in your eyes is from the sun hitting your bifocals.
Your knees buckle and your belt won’t.
Those issues of Reader’s Digest just can’t come fast enough.
You hear your favorite song on the elevator at work.
You give up all your bad habits and you still don’t feel good.
Dialing long distance wears you out.
You’re the one calling the police because those damn kids next door don’t know how to turn down the stereo.
You actually want socks for Christmas.
You and your teeth don’t sleep together.
After painting the town red, you have to take a long rest before applying a second coat.
The little gray-haired lady you help across the street is your wife.
There’s nothing left to learn the hard way.
Your little black book contains only names ending in M.D.
#1

70-year-old George went for his annual physical. He told the doctor that he felt fine, but often had to go to the bathroom during the night. Then he said, “But you know Doc, I’m blessed. God knows my eyesight is going, so he puts on the light when I pee, and turns it off when I’m done!”

A little later in the day, Dr. Smith called George’s wife and said, “Your husband’s test results were fine, but he said something strange that has been bugging me. He claims that God turns the light on and off for him when uses the bathroom at night.”

Thelma exclaimed, “That old fool! He’s been peeing in the refrigerator again!”

37 thoughts on “What Are the Very Best Jokes about Aging”

Leave a Reply to Let's CUT the Crap! Cancel reply 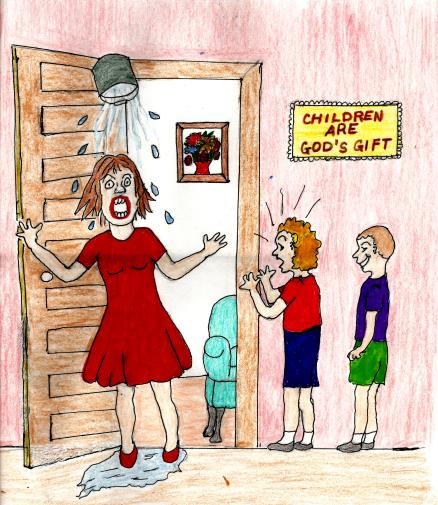 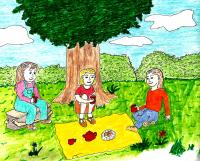 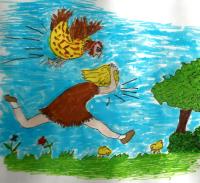 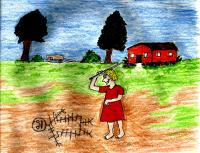 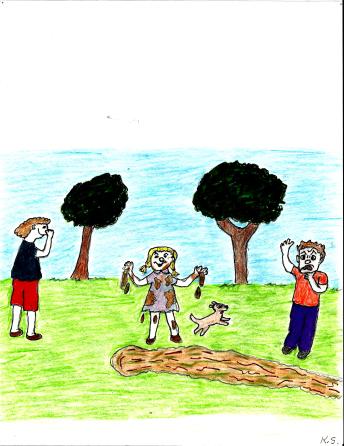 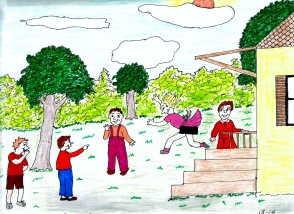 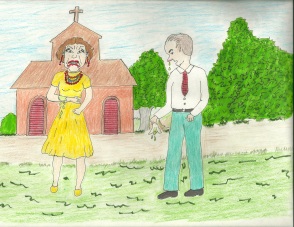 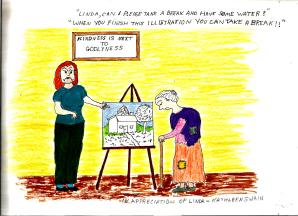 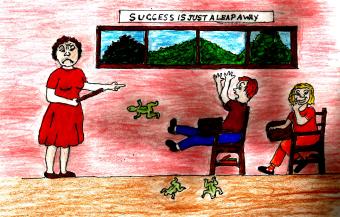