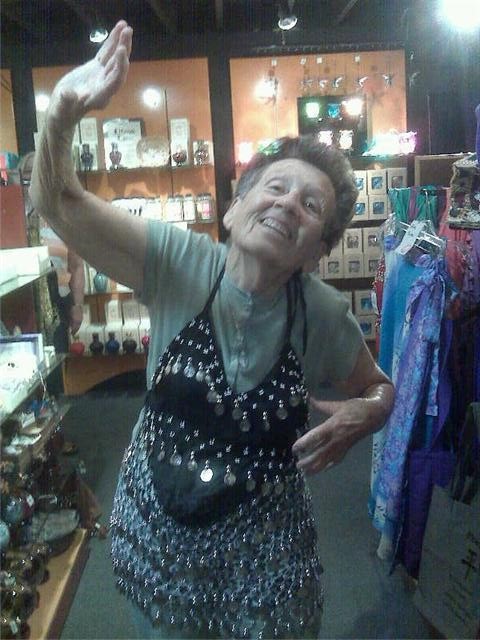 The Most Fun You’ll Never Have, Kathleen’s Amazing Bathroom Tour!

It’s Not What You Tank!

God was with us.  We got to our destination, Hot Springs, Arkansas without a lot more drama.  We checked into our room, a nice suite with two king-sized beds and an extra bed for the fifth in our party.  For some reason, though it was 104 degrees, we freshened up a bit before going out to see the town, allowing us to start out with a less vintage sweat.  Within minutes, we were rank.  Not to be deterred by a little thing like heat exhaustion, we explored every shop on Main Street, till Mother found a little shop selling belly-dancing costumes. She wouldn’t be budged.  Now, as I’ve said before, Mother is tight.  She had no intention of making such a frivolous purchase, but had to admire herself in one. Every inch of the stifling shop was crammed with exotic outfits with no space devoted to dressing rooms. The proprietor obviously didn’t expect belly-dancers to be overly modest. Not to be denied, Mother just slipped her favorite on over her clothes, despite the heavy customer traffic. She is a little old church lady, after all.  I would never have expected so much business in a store selling belly-dancing costumes.

Mother had us hold her things while she tottered and struggled into her racy choice, bumping customers at every turn.  They had to have thought her mind was gone and we should have looked out for her better, or that we were in geriatric sex-trade, pimping her out to some perverted creature with a fetish for demented, antique belly-dancers.  Neither choice made us look good.  Eventually, she pranced a bit and had us take a picture or two for her Sunday School Class, before being convinced to leave.  The store clerk was not amused by any of this, but I figured if she thought she was big enough to straighten Mother out, she could go for it.  I know when I am whipped. 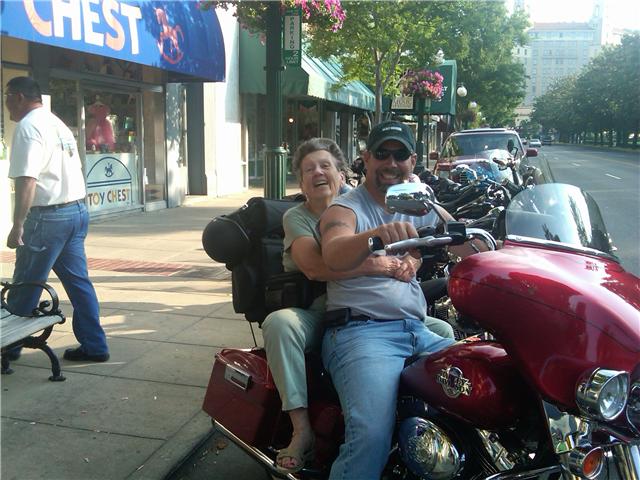 An amused motorcycle guy and his girlfriend were taking all this in and invited Mother to meet their friends waiting on their bikes just outside. I think the burly guys exact words were, “She reminds me so much of my mama!” With him as Mother’s escort, we escaped the wrath of the store owner who was obviously thought it was past time we left.

Mother charmed his friends.  Her new friend invited her for a ride, which she refused, but she did climb behind him on his bike to get her picture made.  Regretfully, he helped her off, after telling her, “Ma’am, you don’t have to go home with these girls if you don’t want to.  We coaxed her away after she exchanged phone numbers and addresses with them, insisting they all come visit.
Later that evening, we made it back to our hotel, only to find the air-conditioning and bathroom both out of order in our room.  Mother took charge, went to see the manager, and got us transferred to the only room they had left, the Presidential Suite, complete with a hot-spring bath.  I suspect the manager thought, “She reminds me of my mama.”  For once, a bathroom drama with Mother worked in our favor.

We enjoyed the rest of our visit.  On the way home, my sister Connie hung her purse strap on a toilet handle and broke the toilet in a station.  She takes after Mother.

64 thoughts on “More Travels with Mother” 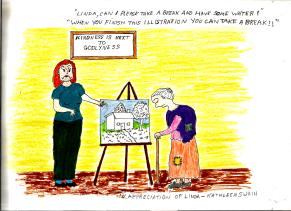 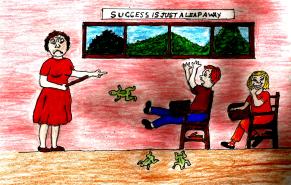 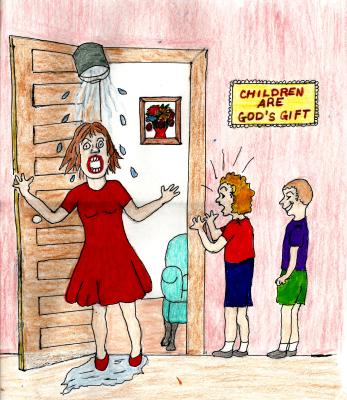 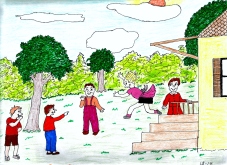 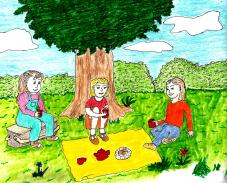 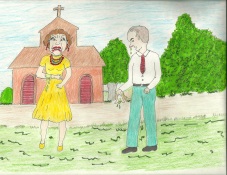 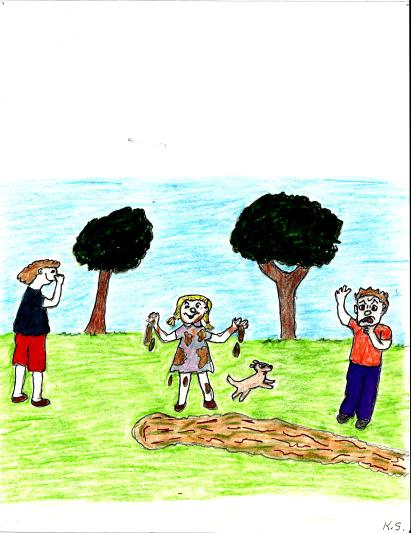 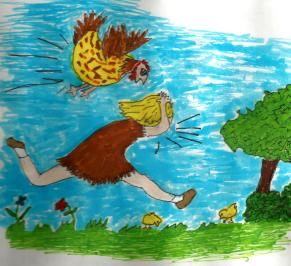 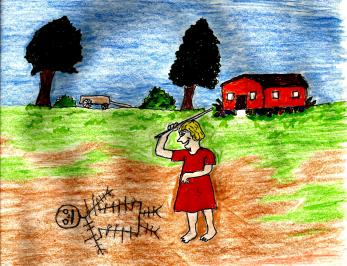