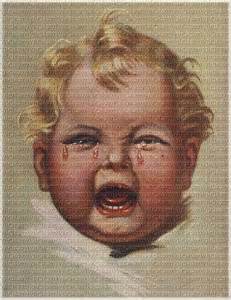 I had no idea Cousin Carol was four years older than my sister Phyllis till she announced her marriage. It sounded like a joke. Less than two weeks ago she’d spent the night with Phyllis. Sixteen was ridiculously young to get married, but back as late as the sixties, many parents felt it was expedient to allow their teenagers to marry. Her sister, Sue, and I were the same age. We were constantly at each other’s house for the night. Their brother, Troy, was the age of my brother, so on weekends, holidays, and in summer, there was always a jumble of kids spread between the two houses. Carol was extremely spoiled for some reason, though I could never imagine why her mother favored her. With her fair skin, black, curly hair and startling blue eyes she would have been very appealing had she not whined, wheedled, and cried till she got her way. At our house, she just pouted and whined. Of course, us younger kids went out of our way to keep her blubbering, since you didn’t usually see that in a girl that age, expecially rewarding since she wore gobs of makeup and we liked to see it run.

Back to the romance, Carol had been going to the picture show with her older sister Yvonne who was slipping around with Donald Duck.(not a joke) Yvonne brought a sweetie along for Carol and they really hit it off. The sister’s romance with Donald Duck fizzled, but within weeks Carol was to be a bride. The whole thing puzzled me. How could she go from being a kid with Phyllis to getting married in almost no time? Soon there was to be another miracle! Carol announced her first pregnancy. From that moment forward, I don’t think I ever saw her not pregnant, claiming to be pregant, or with a newborn. Before she retired from her thirty-year delivery service, Carol had eleven kids and claimed to have had God only knows how many pregnancies. Her first marriage, lasted only long enough to produce three children. She kept hoping to reconcile, so she had about a three year vacation from babying. She was terminally lazy and a rotten mother to boot, so she spent this time convalescing in her parent’s home in South Louisiana, where they’d moved not long after her marriage. She inveigled Aunt Julie’s cooperation in making use of my Cousin Sue as a captive babysitter. If someone else didn’t change the babies, they just sat squalling in sodden, filthy diapers. Her mom still gave over to her crying, whining, and wheedling, much to Sue’s sorrow. My aunt and Cousin Carol would dump the babies on Sue, taking off for hours, leaving instructions to have the house clean when they got back.

We had the misfortune have Cousin Carol land at our house a couple of times after brief attempts at reconciliation with her erstwhile husband. After a week or two of connubial bliss, he’d dump her and the dirty babies off, saying he’d be right back with milk for the babies. (Carol was a slow learner. It happened twice) That milk must have been on Mars since he never came back. Carol figured it out after an hour or two and started blubbering. The baby or babies helped with the crying, since they were hungry. Already furious at being stuck with unwelcome and unpleasant guests, Mother had to dig deep to find money for extra milk, knowing we were stuck with Carol and her squallers for a day or two till her folks could make the trip back up from South Louisiana to get her. Carol was lazy and worthless to start with. On her arrival, all the baby clothes and diapers were dirty. “Linda, change Bobby’s diaper and give him a bottle. You’ll have to put one of your Mama’s diapers on him. Mine are all dirty.” She wasn’t lying about that. She had dragged in a foul bag of diapers and left it on the front porch. I looked to Mother for rescue. Accustomed to being catered to, Carol was offended when Mother expected her to do her laundry and care for her own babies. “I’m sick! I feel an athsma attack coming on!”

“I’ve got two babies of my own and more than I can do. If you are going to stay here till your folks can pick you up, you’re going to have to take care of your own kids.” Carol pouted, but she got up to put a borrowed diaper on Bobby. Poor Bobby hadn’t seen many clean diapers lately. His poor, burned up bottom looked like raw meat. There was even pus running from one sore spot. “Oh no,” said Mother. “that poor baby. You’re going to have to keep him changed. He’s starting to get infected. Linda, go put my diapers on the line so Carol can get hers in the washer right now. This baby’s got to have clean diapers. Here, Carol, put some of this medicine on his bottom.” Grudgingly, Carol washed, medicated, and diapered poor Bobby’s sore bottom.

Unaccustomed to such ill-treatment, Carol angrily dragged the stinking bag of diapers from the front porch, all through the house, to the kitchen eventually reaching the enclosed back porch to Mother’s washer, leaving a malodorous wet-diaper ammonia stream. Furiously, she pulled a mess of heavy, filthy diapers from the mix, dumping them in the washer. Turning it on, she left the rest hanging out of the open bag to perfume to back porch. The stench was pulled into the kitchen by the attic fan till Mother told her she’d had to put the rest in the backyard to wait. Only when the washer stopped did Mother realize Carol hadn’t bothered to rinse the well-seasoned lumps of poop from those diapers. It was all waiting for Mother when she opened the lid. She was critical! 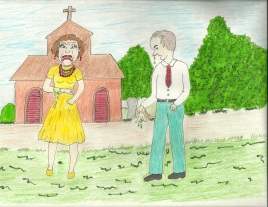