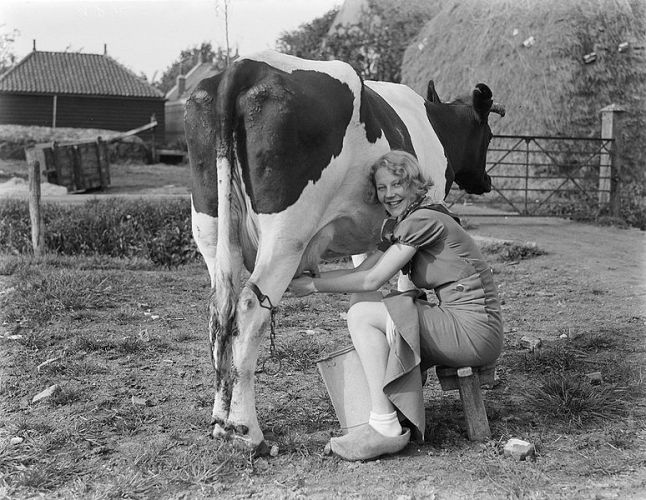 This is a stock photo of woman milking a cow.  I can promise you Mother never smiled like that when milking.

My mother was so rough on my poor daddy, but thank goodness, she was punished for her sins.  She was a hulking five feet tall at best, so she was well able to best for six foot three inch husband any time she wanted.  Not only that, he was so bashful he’d barely speak up for himself.  Big joke!  Daddy wore the pants in his house and made sure everyone KNEW it.  I think he’d seen way too many John Wayne movies and had no intention of being taken for a softy.

I rarely saw Mother even bother to tangle with Daddy.  She understood her life was much easier if she just went along with his demands.  From time to time, she was forced to take a stand, like the time she kicked him.  Before you get all excited and set off to congratulate her for getting some gumption, it was strictly accidental.  She gets no points.  To set the stage, you need to know, Mother did all the milking.  According to Daddy, the Bible forbade men to milk a cow.  “Thou shalt not take what thee cannot give.”  He often invented Bible verses in time of great need, not bothering to quote chapter and verse. The Bible never was a big part of his day unless he needed to make a point anyway.

As always, Mother put biscuits in the oven before she went out to milk the cow every morning before daylight.  One morning it was sleeting as she trudged toward the barn in Daddy’s boots and barn coat, making the job even worse than usual.  Just as she finished milking, the cow slapped her with its poop-encrusted tail, kicked over the milk bucket and stepped on her booted foot.  Mother hated that damned cow anyhow.  They’d traded insults through their whole association.  Furious at the hated cow and the loss of the much-needed milk, Mother worked her agonized foot way out of the boot still pinned under the cow’s hoof, kicked the cow as hard as she could, falling down in the filth in the process.  The cow showed little interest, just lifted her tail and splattered Mother with her most abundant resource.

Mother hobbled to the house coated in manure.  She had to strip and clean up the best she could before starting breakfast.  Her two babies, one an infant and the other under two were just waking up demanding attention as she pulled the biscuits out of the oven.  Daddy yelled at her from the bedroom, “Come see about these squalling babies.  I don’t have but a few more minutes before I have to get up and go to work.”  Somehow, he lived, but they didn’t have more children!

By ten o’clock every night, Mother was whipped.  Like all mothers, she was chronically sleep-deprived.  She always had a cup of coffee to relax her before she went to bed, but had a hard time staying awake long enough to finish it.  When Daddy got ready to go to bed, he got up, went to the bathroom, and hit the bed.  When Mother said she was going to bed, she hung a last load of laundry in front of the fireplace, hoping some of it would be dry by morning, put a load in to wash, made a last run through the kitchen, filled the tea kettle and put coffee in the pot so it wouldn’t take too long in the morning, made sure Daddy’s lunch stuff and clothes were ready for tomorrow, scouted out kids shoes, books, and coats, and a few other little things.  Finally, she’d check on the kids, and head to bed where Daddy was snoring away.

This particular night, she’d just gotten to sleep when Daddy rolled over on her long hair.  He slept like the dead.  She pushed and yelled, but couldn’t make him stir.  In desperation, she kicked him, forgetting she’d already hurt her foot that morning.  The pain was excruciating, but Daddy never woke.  She was finally able to hold get her feet in the flat of his back and shoved him off.  The next morning, he reported a restful night while she hobbled around on a bruised foot, the toe obviously battered.  Till today, she still has to buy shoes a full size larger since her great toe points to Heavenward. 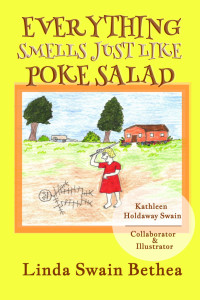 Available on Amazon Kindle now. Soon to be available in paper back!

How to connect with Linda

I have recently been followed by a lot of fashion blogs. I am delighted, but know nothing about fashion. If you have a fashion blog and recently found me, would you mind telling me how? I wear comfortable clothes, mostly denim. The older the better. All my shirts match all my pants. I usually buy one or two dresses a year, and discard one or two that are barely worn. I definitely go for comfort shoes and hats.

My plans for a busy day were ruined the moment I downloaded Linda’s new book.

It was much anticipated, maybe from the moment I met her in person last summer.

She and her mother have a gift for telling a story.

They took me back to a time and place that made me understand a lot more about my own family, and how they survived the Great Depression of the 1930’s.

They did it with love, devotion to family, tremendous sacrifice, hard work and most of all, a sense of humor.

Thank you for proving that it is possible to put that storytelling tradition in words on a page.

And thank you for ruining my plans of yesterday.

It was a delight.

**The book is now available in Kindle. I didn’t want to wait for the paperback. 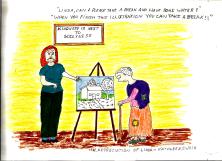 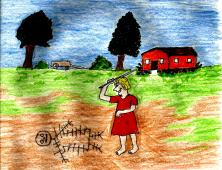 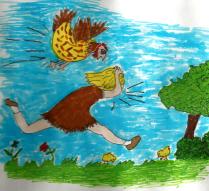 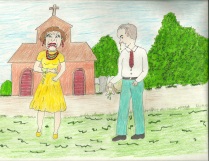 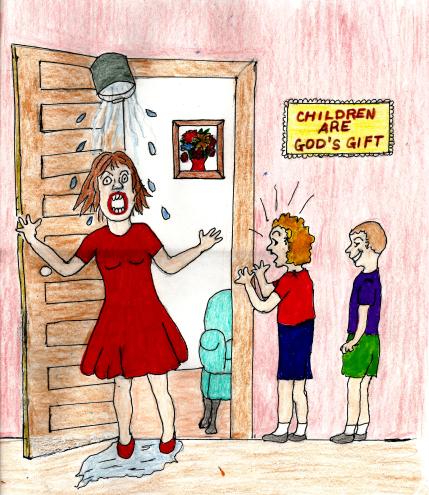 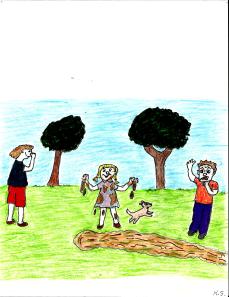 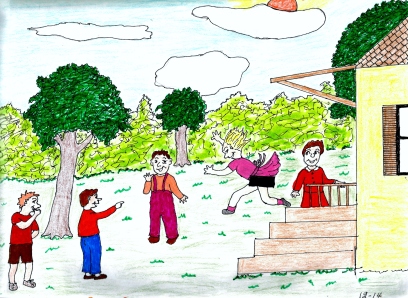