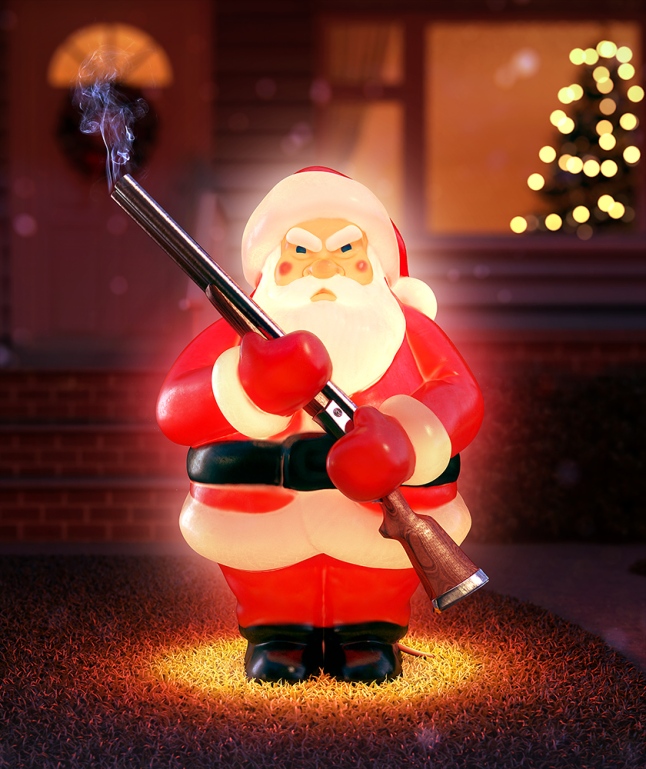 Daddy took his hunting very seriously.  This was a man’s sport, an entitlement.  Real men hunted and fished.  A man’s outdoor gear was a reflection of his virility..  Daddy would have sooner worn lace panties than not follow the unwritten rules. Hunting gear was a necessity, not an extravagance like a dependable car, bills paid on time, and clothes for the family.  Daddy always had money held out of his paycheck weekly for the Christmas Club, but Mother never could remember that deer season came around the same time as the Christmas Club checks were issued.  By early December, both had long unwritten lists in their heads.  A day or so before the check was to be issued, Daddy would be in an unaccustomed jovial mood, sitting at the table with one of his buddies drinking coffee, and casually mention his plan to purchase a Manchester #1108 Rifle with a scope.  Nearby at the stove, steam rose from Mother’s ears.  The Manchester #1108 Rifle cost about the same as her Christmas list.

The Annual Christmas Fight was on.  Daddy’s manhood was at stake.  He couldn’t emasculate himself by backing down on his purchase after bragging in front of his hunting buddies.  Mother completely misunderstood a man’s needs and considered him selfish, lowering his opinion of her and hurting his feelings.  “When I was a kid I only got an orange for Christmas, and was proud of that.  Besides, you should be able to get everything on your list for about twelve dollars.  Twelve seemed to be the only number Daddy knew when it came to doling money out to Mother.  Every week, she got twelve dollars for groceries, a magnanimous sum for the 1950s.  We ate a lot of beans and biscuits. You just needed to go through the store, pick out what she wanted, take it up to the register, and tell the manager what you are willing to pay.  That’s what I’d do if I handled the shopping!  Ain’t no need in letting people run over you.  Do I have to manage the house and make the living?  And besides, where were the clothes and toys I bought the kids and those three nice dresses I just bought you?  You just didn’t take of stuff right or you’d still have them? Blah, blah, blah.”

Mother snidely pointed out, “That was over ten years ago.    Besides, how would you know how much things cost now?  You haven’t put a toe in a store, paid a bill, been to a bank, or handled any business since we got married. Don’t you think anybody besides YOU might want a nice Christmas!”  Suggesting he might be selfish was the final insult! It was on!

Eventually, they both developed battle fatigue and went about their business.  Daddy went off in a huff and buy his rifle, but toned his pride down a bit, and made do with a cheaper model.  Deeply offended at Mother’s demands,   he handed over thirty or thirty-five dollars left from the Christmas Check.  Once she recovered from her rage at his everlasting selfishness, she’d shuffle bills, frantically glue in trading stamps, put us kids to selling coke bottles, feed us meals of beans, potatoes, biscuits and gravy, and canned vegetables, less with meat and fruit.  She worked late every night concocting some homemade gifts and checked Goodwill out. Grandma always sent a huge box of Christmas gifts, her sister Annie always sent money.  Somehow, Mother always managed to pull together a wonderful Christmas.

On Christmas morning we woke to find gifts piled all around the Christmas tree.  Mother was relieved to have manufactured a miracle once again.  Daddy enjoyed seeing his children enjoying a bounteous Christmas and was reassured  to Mother could do well with a little money when she half tried.  Maybe next year he could save back enough to get that……….

32 thoughts on “Deer Season Only Comes Once a Year” 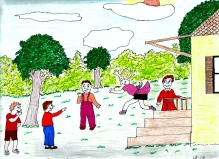 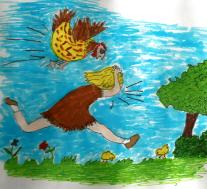 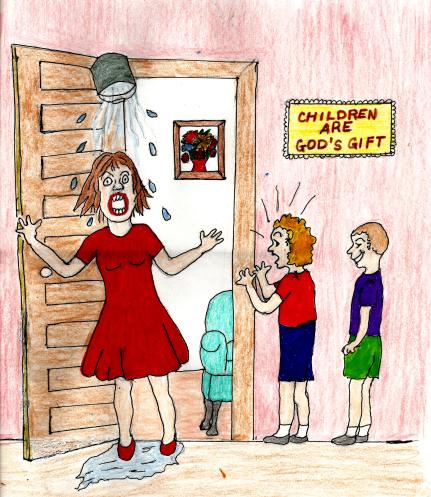