The heavenly smell of bacon called out to the guys as they set their buckets on the milk shelf.  Bessie poured thick crockery cups with coffee beside each plate.  “Hurry and wash up.”  She was liberally buttering a platter of huge, lumpy biscuits, turning them bottom side up.  It was clear Bessie was used to cooking for men.  Her biscuits looked like they could have been pitched into the pan from across the room, nothing like Cora’s delicately cut delights, but Charley soon found them incredible, despite their misbegotten shape. A pitcher of thick cream, a sugar bowl, a jar of dewberry jam, and a bowl of homemade butter centered the oil-cloth covered table.  As they settled at the table, a grizzled old white man stuck his head in at the back door.

“Hey, Mr. Grady. Come on in an’ set down to breakfast with us. I forgot you was ‘sposed to bring your milk cow to put in with Ol’ Bully. Bessie, set a place for Mr. Grady and Tommy.” Charley noted Bessie’s dark look as the guests tracked up her clean kitchen floor. Bessie put a platter of crisp bacon with about a dozen fried eggs in front of Robert and hurried to set places for Mr. Grady and his gangly, tow-headed boy.

“If it don’t put you out none, we will. My boy is always hongry.” They all moved to make room as Mr. Grady took Bessie’s chair and Tommy took a place on the bench beside Freddy and Charley.

Charley was so hungry he could hardly wait till Robert finished saying grace and started passing the food around. Bessie brought a steaming pot of grits from the stove. Before she pulled in another chair, she set a glass milk before each boy.  “You boys drink up that milk, now. I ain’t having no skinny-legged boys at my house!”

Only the rattle of dishes and hurried requests for more eggs, bacon, and biscuits interrupted their attention to breakfast. As Robert pushed his chair back and took a deep breath, Bessie refilled the coffee cups. “Did you boys git enough? They’s plenty more biscuits and grits. Tommy, you take these last two eggs while I fry up some more.

“I weren’t gonna ask, but long as yer cookin’, I b’lieve I could eat some more eggs an’ bacon. These here is mighty good biscuits, Bessie.” Mr. Grady remarked.

Robert waved her off. “None for me, Bessie. I’m ’bout to pop. You boys need any more? Mr. Grady, you probably ain’t met Charley. He’s wantin’ to learn farmin’. You might remember his granny. He’s gonna be surprised how much he can eat when he gits to workin’ hard and builds up some muscle, ain’t he, Mr. Grady?”

“Lord, I reckon. Seems like I need to kill a hog a day to keep them seven boys o’ mine fed. 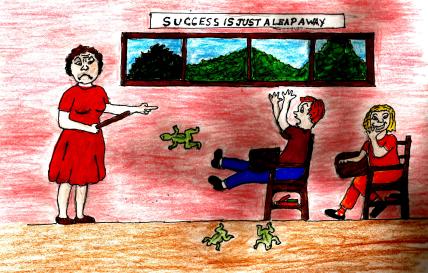 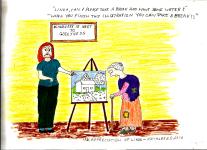 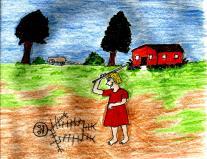