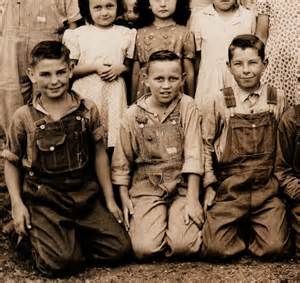 Cousin Bobo was footloose and fancy-free, unperturbed by the economic responsibilities of four children in three years. He doted on his child-bride, Inez, living quite happily with her and their family in an old unpainted, farm house on her mama’s place. Despite his aversion to a regular work schedule, he and Inez managed fine. There was no power to the house, so no bills, the wood stove and fireplace sufficing for heat and cooking. The house was abandoned when they moved in, so he tacked wire over the open windows to keep varmints out, shuttering the windows for bad weather. Mama was real proud he did the right thing and married Inez, so she wasn’t about to stir up trouble, especially after the young’uns started coming. Bobo plowed and planted Mama’s garden, later helping get the peas picked and corn cut. Except for the few days he spent plowing, and cutting firewood, he fished and hunted every day. He happily peddled watermelons and turnip greens out of his old ’49 Ford Truck. They never ran short of game or fish. Sometimes he’d help a neighbor butcher a beef or hog, bringing in extra meat. He wasn’t averse to helping family with a little painting or carpentry work from time to time, as long as it was understood that his labor included a few days’s hospitality for his family. He kept Mama’s freezer full. That along with Mama’s chickens and eggs, the cow’s milk and butter kept them going just fine. Getting clothes for the kids wasn’t a challenge. Inez was the youngest of six spectacularly fertile sisters. Their cousin’s hand-me-downs were plentiful. All those little blonde tykes lined up in overalls year round was awe-inspiring. Most of the time, they wore shirts under their overalls in winter. Plenty of old tennis shoes lay casually around, should any of the kids decide they needed footwear. Some even had mates. Size wasn’t an issue. Should a shoe be too big, it worked fine to slide-style and let it flop. The kids weren’t partial to shoes anyway, unless they were picking around in a trash dump with old cans or broken glass. Strings were scarce, but I never noticed anybody complaining.

I loved it when Bobo, Inez, and the kids showed up. Mother wasn’t always so enthusiastic, figuring they had run out of groceries and needed a place to roost for a few days. They did seem more likely to show up in bad weather, when a warm house was helpful. Sometimes they’d stay a few days with this relative, a few with that one, moving one before the tension got too thick. Mother complained about relatives giving them gas money to help them down the road to their next hosts.  I know I saw her slip Inez a little of her grocery money once, after Daddy went to work.  They moved on.  We ate gravy and biscuits till Daddy got paid the next Thursday.

18 thoughts on “Footloose and Fancy-Free (Part 1)” 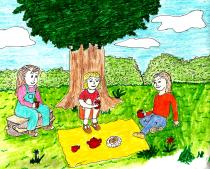 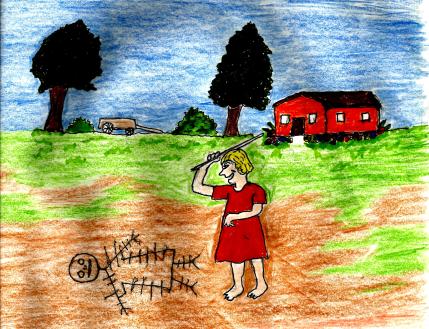